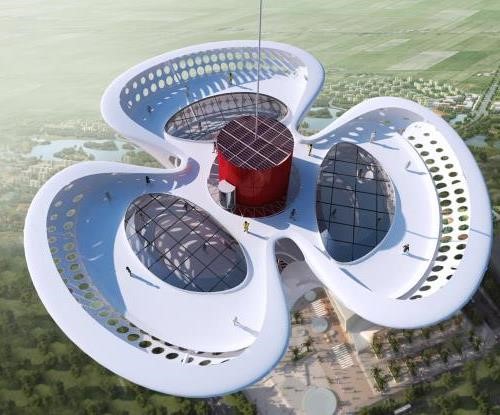 This year on April 23, in addition to the official Children’s Day Antalya celebrates the opening of the International Botanical EXPO 2016.
Approximately 8 million visitors are expected to visit the Expo 2016. The construction costs for this mega project amounted to 1.7 billion TL ($ 600 million). At the EXPO more than 30 countries take part, so as Sudan, Qatar, United Kingdom and the Netherlands.
The EXPO 2016 is one of the largest exhibition in Turkey and has a positive effect on the tourism industry in Antalya. As the symbol of the EXPO 2016 the Peony was elected. In Turkey, the peony is known as a medicinal plant. In other countries, it is often called the “queen of flowers”.

However, the participating countries will ensure not only their plant diversity, but also architecture. The result was, among other things, a Chinese pavilion. Nepal, for example, presents its “Garden of the Himalayas” and Turkey an Ottoman garden with fountains, statues, a sundial and stone paths. At the EXPO 120 different plant species, including 25,000 trees were planted.
EXPO tower
The tower height is more than 100 meters and is located in the northern part of the Expo. The design was selected in a competition among 127 designs. From the tower the visitors can enjoy a panoramic view of the Expo site, and the city and the sea.
Museum of Biodiversity
It is the first museum in Turkey, that will present the agriculture and biodiversity as well as a collection of plants. The museum offers biodiversity on 3000 square meters. Inside, there are three sections with different climatic conditions.
Apart from all the plants the visitors also get to know the different cuisines of Turkey. Visitors have the opportunity to try dishes of national cuisine of Antalya, Istanbul, Diyarbakır, Trabzon, Bodrum, Istanbul and Konya.
The EXPO 2016 in Antalya has much more to offer further yet and well worth a visit in any case.