Posted by Administrator on September 15, 2010
Turkey
0

Turkey extends geographically across two continents. Firstly Anatolia, the Asian part of Turkey’s territory. With around 3 % of its land Turkey is located on the European continent.

The coastline stretches about 7,200 km. In the west coast there is the Aegean Sea, the Mediterranean Sea is in the south of Turkey and in the north you can find the Black Sea. The northern borders of the Mediterranean region are the Taurus Mountains. In the east it borders at the Amanos Mountains. In this region are mainly citrus fruits, bananas, tomatoes, peanuts and cotton.

The official language of Turkey is Turkish, which is spoken by more than 80% of the Turkish population as their mother tongue and by 10-15% of the population as a second language. In addition, there are about twenty five languages ​​from different language families.

99% of the Turkish population is Muslim. The position of Islam as state religion was abolished in 1928 under the founder of the Turkish Republic Ataturk. Turkey is a secular state.  The separation of church and politic is governed by its constitution.

In 1453 Constantinople had been conquered and the Hagia Sophia was converted into a mosque. Under Ataturk, the founder of the Republic of Turkey, the Hagia Sophia became a Museum in 1932. In this time many of the Christian mosaics were uncovered again. She is now one of the most popular tourist destinations in Istanbul.

The mosque is located opposite of the Hagia Sophia. At prayer times and especially on Fridays at noon, the people go to the venerable mosque to do their prayers.

The Topkapi Palace in Istanbul was the seat of government and residence of sultans and the administrative center of the Ottoman Empire for centuries. Topkapi Palace was built shortly after the conquest of Constantinople (1453) by Sultan Mehmed II.

Since then, all Ottoman rulers resided in the Topkapi Palace. In 1856 Sultan Abdülmecid I. moved to the new Dolmabahçe Palace on the other side of the Golden Horn on the banks of the Bosphorus. Both palaces are now museums. The palace consists of several buildings with a large garden and has an area of ​​69 hectares.

With its nearly 4000-year history, Troy is one of the most famous archaeological sites in the world and is an UNESCO World Heritage Site.

The famous siege of the city took place in the 13th / 12 th Century BC, reported by Homer long time before the real Troy has been discovered. It hasn’t been discovered until the 19th Century. In 1870 the famous archaeologist Heinrich Schliemann conducted the first excavations. The numerous finds are evidences of the cultural exchange of civilizations of Anatolia and the Mediterranean.

The famous landscape of Cappadocia is characterized by volcanic eruptions and a UNESCO World Heritage Site. It offers unforgettable sights and impressions.

The rock monuments are also known as “fairy chimneys”. Under the rocks there are hidden cave systems, which conceal whole cities. The construction of the caves was started about 4000 BC. This region of central Anatolia is near the legendary Silk Road.

Pamukkale is a place not far from Denizli. One of the most beautiful natural wonders can be admired already from a distance. The white sinter terraces are cascades of glittering calcification. The sinter terraces of Pamukkale were formed by calcareous thermal springs over thousands of years.

Even in ancient times these healing springs fed the city of Hierapolis. Famous is the healing power of the hot springs of Pamukkale. The thermal springs are arising from hot springs and contain important minerals for the body.

In 1988, the sinter terraces of Pamukkale have been classified as a World Heritage Site.

1.3% of the area of ​​Turkey is under nature protection. This includes ten coastal reserves, 18 nature reserves and 41 national parks. 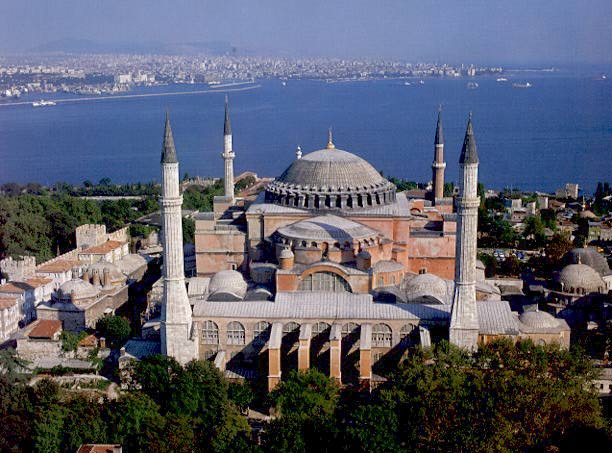 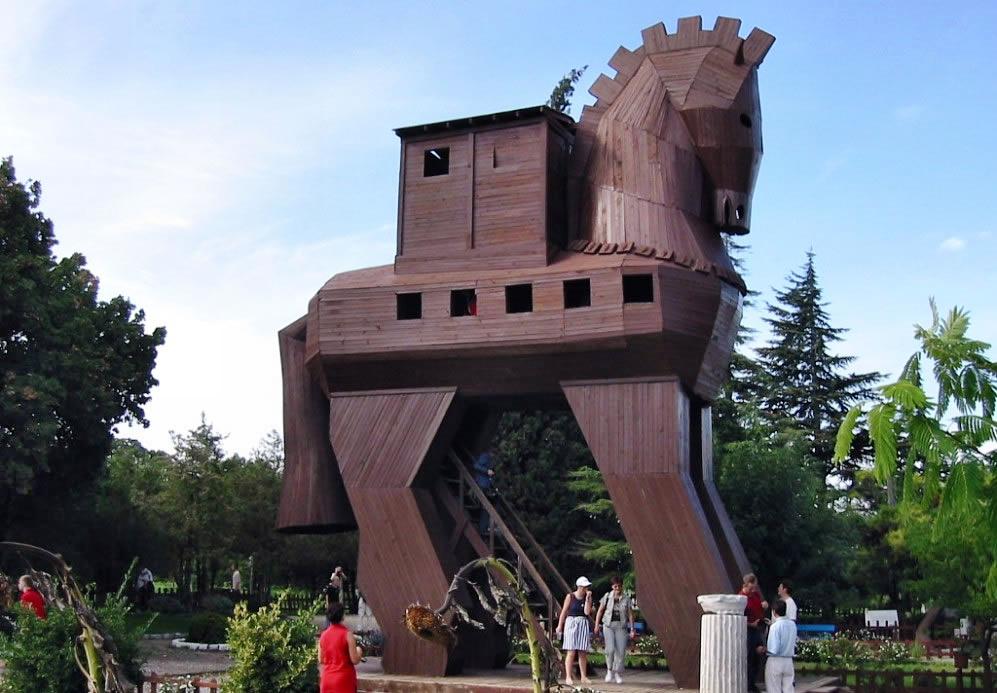 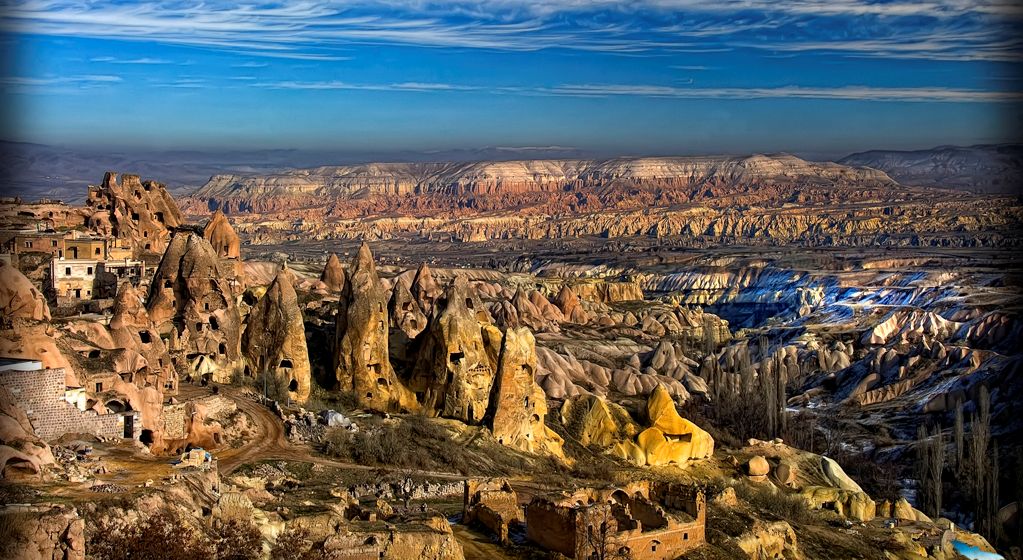 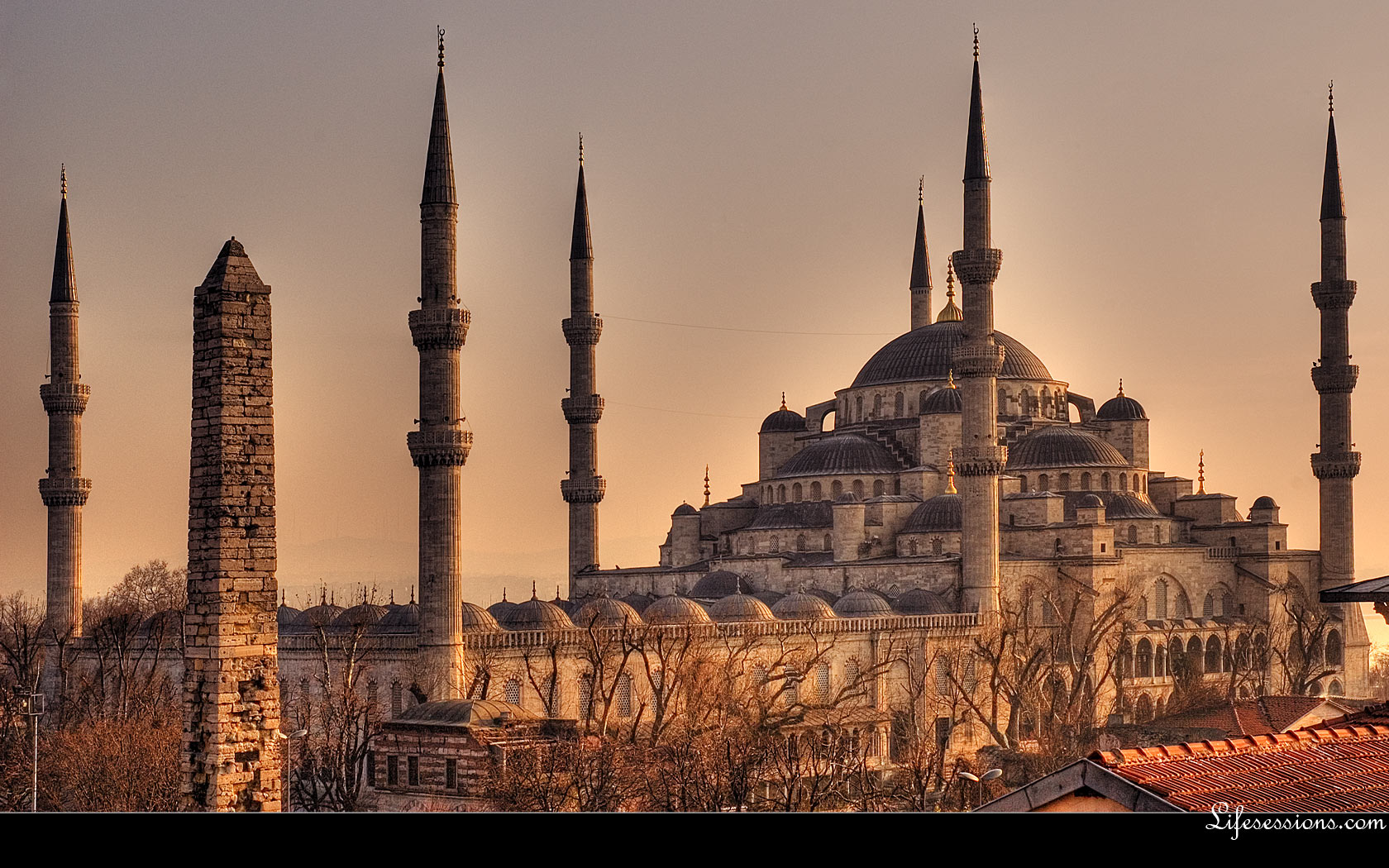